From the press release:

For many years, shooters have been trying to increase the reliability of their 7.62 AR’s. There have been many attempts ranging from removing metal from the rear of the bolt, or from the flange of the firing pin, in an effort to get more penetration into the harder primers used in many 7.62 type rounds. In truth, the problem was not so much a matter of penetration as a matter of displacing enough mass in the primer to insure detonation.

MGI has combined a harder firing pin with a magnafluxed mil-spec bolt and D-fender D-ring to increase extraction reliability.

Wow! This is rather impressive. Crossman is putting out a new air rifle that is specifically aimed at hunting applications.

The patent-pending electronic valve (eVALVE) technology of the Rogue provides precise regulation of pressure in the air reservoir and provides more shots per fill, through the efficient control of pressure.

If you’re used to hunting with rimfire and small to medium bore centerfire, you’ll be surprised by the accuracy and stealth of this air rifle. The shrouded barrel of the Rogue makes it quieter than any firearm you might choose, and with virtually no recoil, its accuracy is amazing. 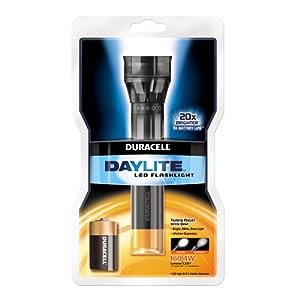 Unfortunately it will be going back. Its not really a bad flashlight for $10, but it definitely aint 160 lumens like it claims… maybe something along the lines of less then 60 lumens. Plus, the light diffuses all over the place.

*BTW Costco, I legally concealed carried while in your anti-gun store, and I will also be doing so when I return your product for a full refund. Suck it!

SureFire as seen in Hollywood films Press release after the jump

Sturm, Ruger & Company, Inc. (NYSE: RGR) is proud to announce the introduction of the Ruger® SR40c™ pistol. The SR40c is the compact version of the recoil reducing, striker-fired SR40™ pistol, one of the slimmest and most ergonomic full-sized .40 caliber pistols on the market today.

The SR40c is based on the same high-performance glass-filled nylon frame as those used on the popular SR9®, SR9c™ and SR40 pistols, offering the same, great ergonomic features, including a slim frame, short trigger reach, reversible backstrap, and ambidextrous controls. The SR40c features a through-hardened, stainless steel or alloy steel slide with Nitridox Pro Black finish. Serrations on the front portion of the slide make it easier to manipulate the slide and press check the chamber.

“The SR40c provides all of the benefits of a full-sized handgun without the recoil often associated with smaller .40 caliber pistols,” said Mike Fifer, Ruger CEO. “The SR40c offers yet another strong concealed carry option from Ruger, perfect for personal protection or law enforcement plain clothes and backup applications,” he continued.

The Ruger SR40c pistol has a 3.5″ barrel and an overall length of 6.85″. The pistol weighs 23.40 oz. and features a height of 4.61″, with the same slim 1.27″ grip width (across safety levers) as the full-sized SR40. It has a fully adjustable 3-dot sight system and an integral accessory rail that accommodates most lights and lasers. The SR40c offers modern safety features such as a visual and tactile loaded chamber indicator, striker blocker, trigger safety, magazine disconnect and an ambidextrous, frame-mounted manual safety.

The SR40c ships with two magazines that provide options in both capacity and grip size. The standard magazine holds 9 rounds and features a flat bottom butt plate; a finger grip extension floor plate included. The second magazine features a grip extension and holds 15 rounds, instantly transforming the smaller, compact grip into a full-sized grip. An anti-friction coating is applied to the magazine body to reduce the force required to load the magazines to full capacity.

For customers living in states or locales where magazine capacity is limited by law, an SR40c that ships with two, 9-round magazines is offered.

One armed veteran makes catch of the year at Yankee Stadium

NEW YORK (AP) — A one-armed veteran is enjoying the spotlight after making a terrific catch on a foul ball at Yankee Stadium.
Michael Kacer of Scranton, Pa., was watching Friday night’s game with his 13-year-old nephew, Isaiah, when Yankees outfielder Curtis Granderson fouled one back and to the right of the visitor’s dugout. The ball took a big hop and Kacer stretched over a railing to bring it in using his hat.
Kacer got a loud ovation from the crowd, and video of the great grab quickly showed up on the web. ESPN showed it on SportsCenter.

Video at the link

Well, I’m standing next to a mountain… Chiappa down with the edge of my hand.

DoubleStar has a FDE carbine out now and comes all decked out with MOE gear. It looks pretty good: